This is where it all begins in the small town of Guideway, North Carolina. Built in 1980 by my father, my mother found her passion and made a home for the horses she loved. I was four and my sister Melissa was two years old. My mother called her first of several barns to come, Big Boy Stables, named after her horse Big Boy. It was a humble small barn, but a peaceful paradise for my mother. Who knew what she was getting into with the purchase of her first few horses and her first little barn.

My parents own a stable in Calabash, North Carolina. This stable is named Peachtree Equestrian Center and was built in 1991. Peachtree is a boarding, training, and show barn where my mother and father care for not only their horses but about forty other horses for others. Between Inlet Point and Peachtree, we care for around eighty horses every day, rain, sleet, or shine.

Inlet Point Plantation Stables was built in the fall of 1995 and opened for business in 1996 by my parents, Paul and Gloria Smith. Between my mother, father, sister, and myself, everything came together with many long years of hard work. As of 2004, Inlet Point Plantation has been operated by me, Mark Smith. Me, my wife Stephanie, son Townsend and daughter Marklie live close by.

The main reason that Inlet Point Plantation Stables has been so successful is that we have surrounded ourselves with the best people around so that they can continue to offer the most memorable family excursion provided in South Carolina. Great people, hard work, and determination have led to an outstanding tradition at Inlet Point Plantation. We give anyone a chance to not only ride a beautiful, well-trained horses but to experience the quiet, pristine beauty of one of the south's "old southern plantations" that remains undisturbed by the surrounding growth in and around Myrtle Beach. This has been very important to the Smith family.

In 1791, president George Washington visited the South Carolina coast on his southern tour. He passed through Little River and had lunch with Revolutionary War veteran James Cochran. He spent the night nearby with local resident Jeremiah Vereen, an ancestor of the donor of the Vereen Memorial Historical Gardens.

On Tilghman Point in Little River Neck, which is across the river from the port of Little River, there are the remains of a Confederate battery that defended the entrance to Little River Harbor. It was called Fort Randall and was captured in 1863 by a Yankee naval landing party commanded by Lt. William B. Cushing. The Confederates counterattacked and drove the invaders out.

While the Civil War brought a halt to the industries of lumber and naval stores, local salt works became essential to the Confederate forces. These, however, were eventually destroyed by Union troops.

In 1906, Thomas Philip Hammer leased an eight-acre tract of land on the north side of Little River Neck from Louis Randall and his wife, Lillian Bessent Randall. This was the site of the Hammer Lumber Company. In its heyday, the Company employed fifty men before shutting down operations in the 1920's Barges, and gasoline boats transported the workers over the mill. The men thought they were rich – they made a $1.00 a day. By some accounts, this site was part of the area where 9,000 Revolutionary War soldiers, including the legendary Swamp Fox, Francis Marion, camped during 1776.

Toward the end of the 19th century, the pine forests had been largely depleted. Road building in the area was prolonged. An old unpaved road from Loris to Little River later became Route 9. Highway 17 was not paved until 1941. The Intracoastal Waterway (running from Maine to Florida) was completed in 1936, absorbing the original "Little River."

W. H. (Willie) Stone had a large general merchandising store located on the present southwest corner of the main intersection of Little River, across from the Little River Methodist Church. The unpainted wooden building had a large porch on the front where customers used to sit. Stone, who received his goods by boat from Wilmington and other places, needed to know when a boat was coming into port. About 1907, he hired Carl Bessent to install the first telephone, which linked his store with a house on Battery (now Tilghman Point, home of our Inlet Point Stable) in Little River Neck. A lookout called the store when a boat appeared at the mouth of the river, and Mr. Stone prepared to receive his merchandise.

This Plantation was once the home of Fort Randall, a confederate fort from 1861 to 1863. During the War of the States, the US-North Atlantic Squadron was very active in this area. The remains of a cannonball still lie in place on the Battery Hill beside Fort Randall. The open fields at the entrance to our stables were initially cleared by the 9000 confederate soldiers, as the tree line along the Intracoastal Waterway served as a barrier from coming enemy ships. The property was once home to Billy the Kid and even Blackbeard was said to have used our island as a safe haven. Waites Island is 1380 acres located on the state line north of Cherry Grove Beach, SC and south of Sunset Beach, NC. On our Plantation, Indian burial grounds and archeological finds date back to 600 b.c. The original 10,000 acre plot of land was given to John Alston by King Charles III in 1767, but years later was purchased by the Tilghman family in the 1920's. Kitty Tilghman was the owner of the property when Inlet Point Plantation Stables was built. The Tilghman family still owns a portion of the property today and always is kept in its natural state. Here at Inlet Point Plantation time stands still, the Plantation with its natural beauty and undeveloped beaches are one of the Grand Strand's "Best Kept Secrets."

The Plantation's mission is to make sure that you enjoy a breathtaking historic location you won't easily forget. The ride takes you through a 4,000-acre plantation that the owners wish to keep in a wilderness state. Beginning at the stable next to a pecan grove, the Plantation Trail takes you through a birdwatchers' paradise where you will occasionally spot a deer or even a bear. On the beach ride, you cross a bridge to Waites Island and explore the vast beaches of a private 1,200-acre island, which is home to many shore and songbirds.

The Smiths have 49 horses of several breeds, including Tennessee Walkers, Warmbloods, Belgians, and Appaloosas. The private beach ride is two hours; the trail along the Intracoastal Waterway is one hour long. Reservations are required.


"Opportunity is missed by most because it is dressed in overalls and looks like work." 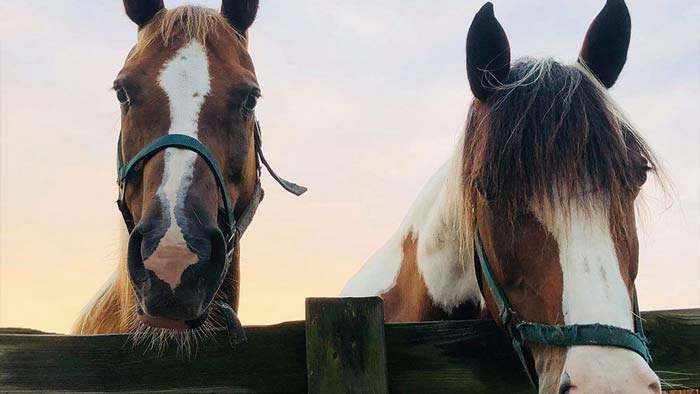 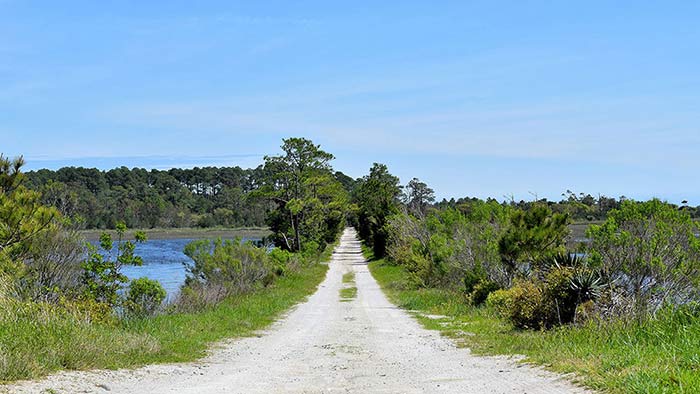